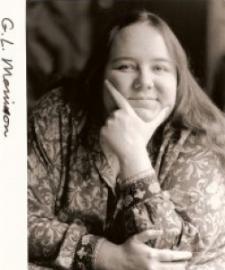 Today the message below appeared in my Facebook newstream. George Takei admitting that people’s hostile comments took their toll on him. “I don’t care if you’re gay” but… But shut up about it. But… The subjective clause negates the primary. “I don’t care if someone is gay if they keep it to themselves” is the … END_OF_DOCUMENT_TOKEN_TO_BE_REPLACED

Cinco de Mayo—or the fifth of May—commemorates the Mexican army’s 1862 victory over France at the Battle of Puebla during the Franco-Mexican War (1861-1867). It is celebrated in the United States and regionally in Mexico, primarily in the state of Puebla where the holiday is called El Día de la Batalla de Puebla (English: The Day of the Battle of Puebla) A relatively … END_OF_DOCUMENT_TOKEN_TO_BE_REPLACED

“We who make stories know that we tell lies for a living. But they are good lies that say true things, and we owe it to our readers to build them as best we can. Because somewhere out there is someone who needs that story. Someone who will grow up with a different landscape, who … END_OF_DOCUMENT_TOKEN_TO_BE_REPLACED

Found the most lovely snips of “Rove Live”. It’s silly how much this delights me.